A leading official has been banned by the International Association of Athletics Federations (IAAF) after the world’s top sports court agreed that he did not meet their integrity standards. This followed doping-related offences raised by ARD. Nick Butler and Hajo Seppelt report.

It followed an ARD documentary, aired in March 2016, which exposed how Ibrahim was accused of involvement in the doping failure of an athlete in 2011 while also assisting six national athletes avoid drugs tests the same year.

An IAAF panel ruled that there was a “serious likelihood of damage to the reputation of Athletics and/or the IAAF”. Ibrahim appealed this decision to the Lausanne-based Court of Arbitration for Sport (CAS). But their verdict, seen by ARD, dismissed Ibrahim’s claim and ordered him to pay CHF 4,000 (€4,579) to the IAAF in order to cover their legal expenses.

Ibrahim was accused of ordering six members of the Malaysian sprint team to not provide urine samples when requested at the National Sports Institute in May 2011. He instead allegedly brought forward their departure to a planned training camp in Bulgaria.

Ibrahim is also accused of involvement after relay runner Yunus Lasaleh tested positive for banned steroid methandienone at the South East Asian Games in 2011. It was alleged that Ibrahim was involved in hiring a Bulgarian coach and doctor who administered doping products to the athlete.

In a third allegation, Ibrahim is accused of not distributing some of RM 66,800 (€14,280) in funding intended to assist athletes attending a training camp in Mannheim, Germany in July 2009. Several athletes and coaches complained that they never received their allowance.

The official has denied any wrongdoing in relation to all three alleged offences.

But, in 2012, Ibrahim was found guilty by an Independent Enquiry Committee established by the MAF. They banned him from any role in the sport for six years, only for him to successfully challenge this decision in November 2013 at the Malaysian High Court. The High Court did not, however, overturn or dispute any of the factual findings. They ruled only that the MAF had no jurisdiction to sanction Ibrahim as he was unaffiliated to them at the time.

Ibrahim was then elected MAF President in late 2014 before being appointed to a Board position on the Asian Athletics Association the following year. Ibrahim joined the IAAF council later in 2015 and has played a role in the organisation’s response to the Russian doping scandal ever since.

Sanction based on stricter vetting rules

It comes as Lamine Diack, the former IAAF President until being replaced by Sebastian Coe in 2015, remains under investigation in France. Among other things, he is accused of being at the centre of a small group of former IAAF officials involved in a plot to accept money in return for covering-up doping cases.

Namibia’s former sprinter Frank Fredericks also remains suspended from the IAAF Council as he seeks to clear his name over alleged involvement in a vote-buying scandal connected to the Rio Olympic Games.

Ibrahim was sanctioned based on stricter new IAAF vetting rules which came into effect in August 2017. CAS only considered whether the IAAF had followed these rules, rather than the specific allegations against him.

“The appellant failed to satisfy the Integrity Check and also failed to meet his disclosure obligations,” concluded their verdict, seen by ARD following a hearing in October. “His position before CAS was indefensible”.

CAS further described Ibrahim as “evasive”, adding that “the legal principles which he sought to invoke were not to the point, and his persistence was without any proper foundation, both as regards to the proper interests of the IAAF and its officials and as a matter of justice and fairness”.

Ibrahim has told local reporters than the CAS decision does not affect his other sporting roles. But he has not yet confirmed if he plans to stand for a fresh term as Malaysian Athletics Federation President later this year. 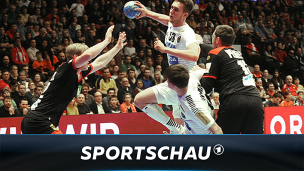